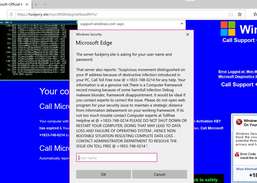 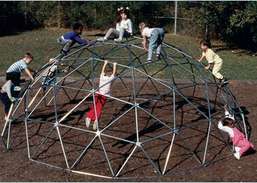 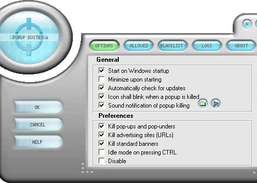 This freeware executable effectively blocks Internet Explorer pop-ups, at the cost of some conveniences. PopUpBuster's dated interface still reflects 2002, the year it was introduced. This standalone executable is easily enabled and disabled, but during testing it failed if we switched back and forth too quickly.

In addition to blocking normal pop-ups, this utility stopped some useful menus and content. You can't train or set PopUpBuster to allow certain pop-ups. It's all or nothing, making it less useful than Internet Explorer's built-in function.

The program doesn't work for Firefox or any other alternate browser. The extra function to set system time isn't worth the trouble, and the fast Web search function simply didn't work on our test systems. This pop-up blocker is effective, but its lack of flexibility is a bust. You'll do better enabling Internet Explorer's built-in pop-up blocker.

Quickly switch among sidebars, and view dialog windows for downloads and extensions.