Test components of your PC for endurance and reliability. 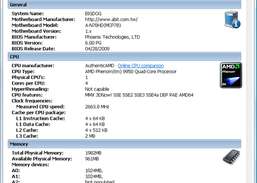 This diagnostic tool gives your computer a proper tune-up by testing your hard drive's subsystems. We appreciate its thoroughness and its fully functional trial, but wished for a working Help file.

BurnInTest Standard's easy-to-read user interface will appeal to even the most novice users. You'll find intuitive command buttons, and a list of all of the subsystems to be scanned. A small screen pops up for each system and you can watch the detailed scan in progress. The whole scan process took about 15 minutes on average for our testers, but considering its thoroughness, that isn't overly long. We were able to save a log of the results to our location of choice, and print them. The extensive Preferences menu allows you to go into each subsystem and run individual tests, and even set test cycle times.

Unlock file or folder locked by system processes or applications.

Find and remove unwanted files from your windows PC.