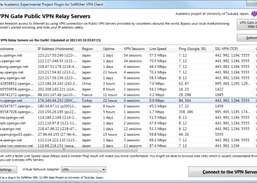 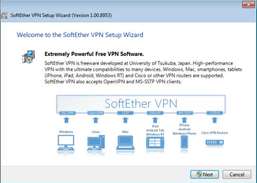 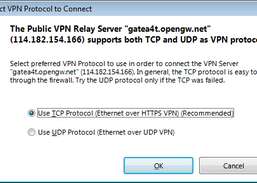 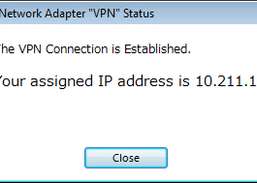 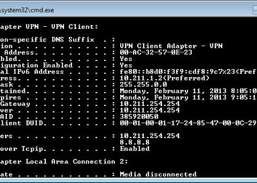 "VPN Gate Client" is a specialized VPN client software to connect to a Public VPN Relay Server on the online VPN server list of VPN Gate Project. It is very similar to Tor, however, VPN Gate is more easy-to-use and any kinds of protocols can be transmitted. VPN Gate is faster than Tor or other anonymous-Internet systems. VPN Gate Academic Experiment Project (http://www.vpngate.net/) is an online service as an academic research at the Graduate School of University of Tsukuba, Japan. The purpose of this research is to expand the knowledge of "Global Distributed Public VPN Relay Servers". VPN Gate consists of a lot of Public VPN Really Servers. Globally-distributed anonymous volunteers provide each Public VPN Relay Server in their home PC, and the VPN Gate directory server provides the list of active VPN servers. OpenVPN, L2TP/IPsec, SSL-VPN and SSTP are supported so that any PCs or smartphones can connect to a VPN server in the list. You can take three advantages if you use VPN Gate: 1.You can bypass the government's firewall to browse oversea web sites (e.g. YouTube). 2.You can camouflage your IP address to hide the source of sending information over Internet. 3.You can protect use of Wi-Fi with strong encryption. Unlike existing VPN services, VPN Gate has strong resistance against firewalls. VPN Gate is free of charge. No user registrations required. For more about VPN Gate, please visit http://www.vpngate.net/en/. As you can see at http://www.vpngate.net/en/lastlog.aspx , a large number of users from countries around the world uses VPN Gate to access to overseas web sites. There are a lot of countries which have "Government's Firewall" to block their citizen's freedom Internet access. VPN Gate is the service which helps such people to bypass the censorship by Government's Firewall. University of Tsukuba VPN Gate Project is struggling to realize the new-era of VPN usage from everybody and every-country beyond the border.

Connect to the web without censor or restrictions.

Hide your IP address and Internet traffic while surfing the Web.

Browse the Web securely and protect your online privacy.

Block countries and custom networks according to geography.