VyprVPN for Windows About 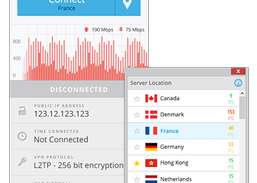 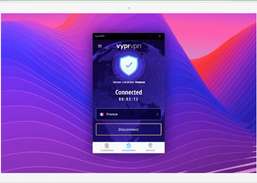 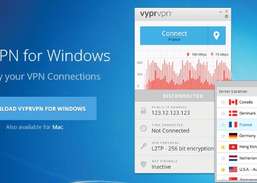 The VyprVPN for Windows application automatically configures and simplifies managing your VPN connections. The cutting-edge VyprVPN apps are faster, easier-to-use, and more stable and intuitive than any other free VPN app available. Switch freely between 50+ global server locations and multiple VPN protocols with a single click. The VyprVPN apps feature a sleek and intuitive look and feel, with powerful new features and customization options.

Unlike most free VPN providers, VyprVPN is not an outsourced or hosted solution that relies on third parties to deliver its VPN service. Golden Frog writes 100% of its VPN server software, manages its own network, and owns the hardware to ensure your privacy is protected and your VPN connection speeds are fast.

Hide your IP address and Internet traffic while surfing the Web.

Browse the Web securely and protect your online privacy.

Provide your organization with strong encryption, robust authentication, and data integrity of SSH2.