Heroes Of Elements About

Outplay your opponent with a better deck of cards. 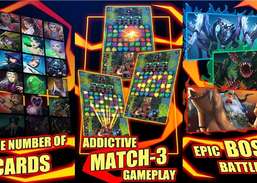 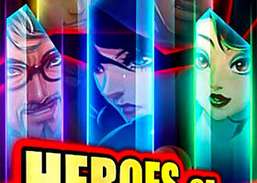 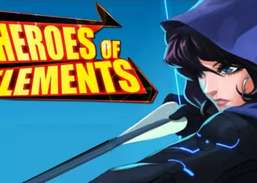 Before the battle, you throw a coin. If you guess right, you will go first, if not - second. The first 2 moves are dealt cards. Total of 16 pieces. At the beginning of each round 2 cards are issued. After the issuance of the cards you Lodge those of any of his cards on the table (arena). You finish the COURSE. The opponent puts the card and his if card for more damage than your health, he punches your card. If the damage of the enemy card is less than your health, he will not be able to beat the card and in the next turn they are both destroyed. If the damage of the enemy card is equal to your health - mutual destruction of cards. There are several nuances. For example, beats the player who goes last in the arena and there is both his card and the opponent. In special cases, a draw is taken into account the element cards ( water extinguishes fire, fire burns the earth) the rest is neutral. One card can defeat no more than 2 opponents. Then they are both destroyed. If you made the last move with the Krakorus card, you will defeat the opponent, otherwise he will kill you. In cases of equality a draw.

Play solitaire card game for free from your Windows 8 device.

If you like playing Solitaire, you will love this app.