Combine and blend your photos. 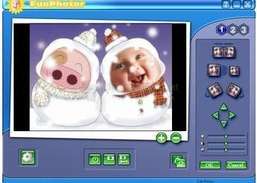 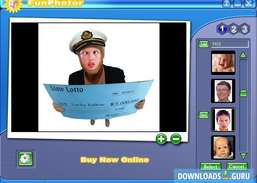 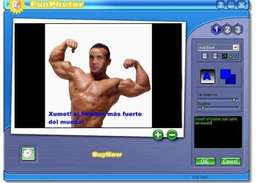 FunPhotor offers to take users' photos and put them somewhere hilarious. Whether on the face of a dollar bill, the Mona Lisa or elsewhere, this program's simplicity ensures success nearly every time.

This program's interface is very simple, thanks to its layout. Using a five-step wizard and large, intuitive icons, users will be up and running in no time. In addition, a Help file and a video tutorial are available for anyone needing a little more assistance. Users simply input a photo into a selection of silly templates, from a gorilla's face, to a spot on Mount Rushmore. One nice touch we enjoyed was the capability to adjust the picture's alignment by tilting and moving the photo with arrow buttons until it lined up within the template, making the image perfect. Users can also insert a text message, which makes the overall product very silly and cartoon-looking, but perfect for those not too serious about photography. The program's best feature is a simple set of commands that let users with cameras on their computers instantly upload their photo into a template.

Create and alter photos and graphics manually or via scripting.

Reduce the size of your images.

Convert your images into JPEG format.

Scan and remove imperfections from your photos.