Perform all accounting activities for your company. 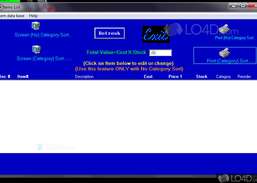 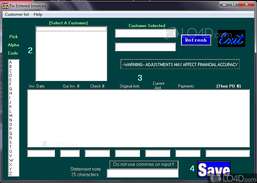 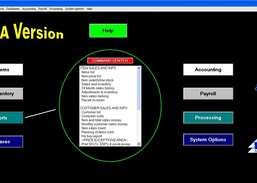 Business Services Co has been providing business freeware and low-cost software since the 1980s. Delta60 Accounting Software 6.0 World Version is the latest iteration of its free business accounting solution. It offers Accounts Receivable, Accounts Payable, Invoicing, Inventory, Payroll, and General Ledger features. Among its improvements are a new integrated graphical user interface and better support for international users in its new World Version.

Delta60 opens with its baseline USA Version and the option to run the new World Version. We chose the World Version. Delta60's Stargate Interface is based around a circular command center feature that resembles the popular science fiction series it takes its name from. Nodes on the ring let us open tools such as Buy Inventory, Sell Items, Processing, Accounting, Databases, and Options. We started with Accounting, which displayed an extensive menu of choices in the Command Center window. Under Accounts Receivable, we clicked Payments. The A/R Payment Screen is a separate tool displaying all our customers in an alphabetical, searchable list. We simply selected a name and entered their data, and Delta60 automatically calculated the remaining values. When we were done, we clicked Save. Each of the Accounting tools opened in a similar, separate dialog-based interface, as did the tools under each of the other categories, though none of the other categories had a list as extensive as Accounting. The standard toolbar-based interface is much less interesting but just as efficient. We like the Stargate Interface, though. Graphically, it's bit of a trip back in time, but there's a nerdy old-school appeal to the rasterized graphics and the sci-fi touches.

Place bids in the last seconds of eBay auctions.

Manage inventory in one or several locations.

Replace WordPad with a compact and full-featured word processor.