Create movies and slideshows with special effects, music, and titles. 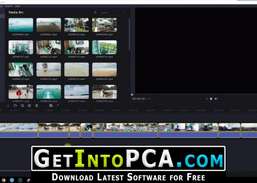 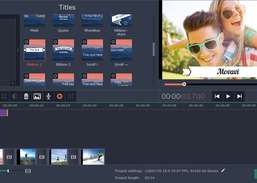 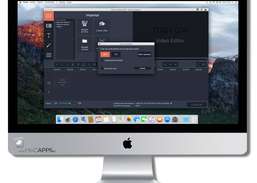 Good video editing software can take something that looks like it was shot with a cell phone and turn it into a slick, professional-looking production. Movavi Video Editor is good video editing software. It can edit, cut, splice, and alter your videos, clean them up, sync sound and music to images, create customized titles with text and animation, split audio and video tracks, and much more. It also captures screen video and audio and saves video and still images in a range of widely compatible formats.

Movavi's main interface is an up-to-date dark gray design divided into three parts: a video player, a tabbed control panel, and a work bar displaying open files. File, Edit, Playback, and Help menus round out the taskbar. Tabbed controls make it easy to import, edit, and export videos, create text for titles, insert captions, create transitions, and even include special effects. The main display functions like any media player, only with optional special effects such as different transparency levels and a sliding time line control that supports up to 100 different and separate audio, video, and title tracks. The player's picture is clear and accurate, too.

Make movies from your photos, clips, music with transitions, text captions, and picture in picture.