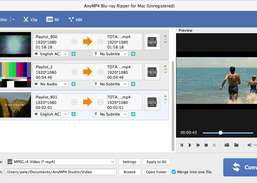 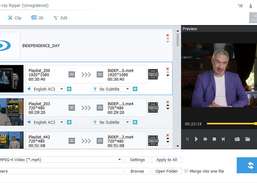 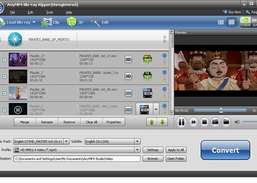 This Blu-ray Ripper is designed with many pre-defined output profiles. It highly supports most portable iOS and Android devices, such as iPhoneXS/XS Max/XR/ X/8/7 Plus/7/6s Plus/6s/6 Plus/6/5s/5c/SE, iPad Pro/Air 2/mini 4, iPod touch, Samsung Galaxy 7/6/5, LG G5, Sony, HTC, Moto, Xiaomi, HUAWEI, Microsoft Surface Book, Xbox 360, PS3, Wii and others. It allows you to easily view DVD movies on your smart phone or tablet. Whether the Blu-ray is copy-protected or self-burned, you can use this Blu-ray Ripper to rip the movie for your digital devices.

1. Edit Blu-ray and adjust video effects. The professional Blu-ray Ripper for is equipped with many useful editing features to help you customize video effects before ripping the Blu-ray . For instance, you can rotate video position, cut the video length to only save the necessary part, crop video to remove the black edge, add personal text and image watermark, adjust output video effects like brightness, contrast, saturation and hue. If you need all titles like trailer, behind-the-scenes, you can merge various parts into one new video.

Edit video with music, images and effect in a professional way.