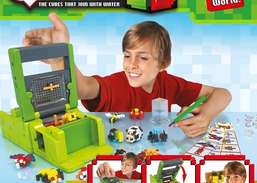 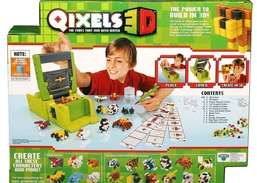 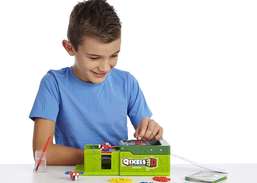 Be prepared for some joy and a lot of frustration with 3D Maker. Getting the most out of this application will require you to understand 3D terminology, have sets of photos optimized for 3D, and own a pair of those red-green movie glasses.

3D Maker offers a floating palette with big, friendly buttons and a menu bar for additional tasks and filter. We selected a picture and clicked a button to convert. The application quickly rendered it in 3D (albeit with a large watermark in the trial version). Testing other 3D options quickly led to frustration. 3D Maker lacks certain basic features, such as a way to zoom out of a large image--absurd, since you may not be able to see all of the object you want to select. After selecting what we could, we tried to create a Stereogram; result was like snow on a television set. Next, we tried to create a 3D Sphere. This produced a small, streaky square. At this point, the only options were to Save as 3DMF (3D MetaFile) or Exit. But in trial mode, you cannot save as 3DMF. We right-clicked on the image border to close it, resulting in endless exceptions leading us to force-quit. Available in HMTL and PDF, the Help file caters to those already familiar with 3D settings. In many cases it identifies various settings without explanation.

View pictures in many formats.