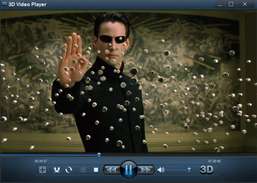 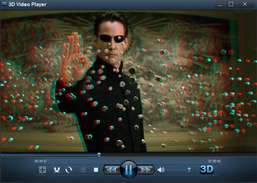 Media players have reached the point where free ones all offer pretty much the same performance and features, and, in many cases, the same source code and codecs. To stand out from the crowd, you've got to break out of the box, and in video that means 3D. Ramka's 3D Video Player is a shareware video player than not only plays regular and 3D videos but also converts videos to 3D anaglyph stereoscopic playback. You'll need your 3D glasses to view video in 3D, of course. The trial version of 3D Video Player is free, but the 3D conversion feature is disabled: it will play existing 3D stereoscopic videos, though with a watermark on output. Of course, 3D Video Player also handles most of the regular and HD video and audio formats you're likely to encounter. It doesn't have all of the many options and features of the well-known open-source free players, though few if any of those we're aware of have 3D Video Player's special talent.

Combine videos in multiple formats and different resolutions into one video without losing quality.