Play audio and video files in this media-player. 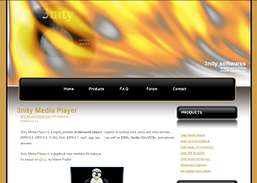 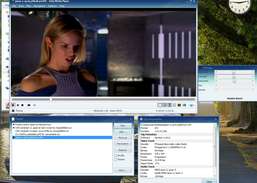 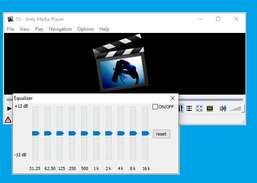 With so many freeware media players to choose from, finding one that's best for your needs starts with features. Nearly all of the popular media players are great performers; what sets a given player apart from the competition? Is it the ability to play the most obscure file types, or numerous skins, or the best playlist manager? What 3Nity Media Player offers is an attractive, easy-to-use GUI for MPlayer, the open source media player, and MPUI, the tool that makes MPlayer a versatile Windows program. Like MPlayer, 3Nity is highly comprehensive, incorporating all the codecs and other moving parts in a single executable; this makes it supereasy to use without sacrificing any of MPlayer's advantages, such as the ability to play nearly every media file. Better still, 3Nity lets you configure MPlayer's advanced settings, including deinterlace and postprocessing, without using the Command Line. However, the Command Line option remains, as does the ability to add any features to this open-source freeware you can program. In addition, 3Nity Media Player also supports drag-and-drop and includes the ability to create self-playing DivX CDs via a special autorun.inf file.

Add audio/video codecs and filters to playback any video file.

Play a variety of movie files with this versatile freeware player.

Play almost all media files smoothly on your Windows device.