Capture the screen picture or record video form the screen or webcam. 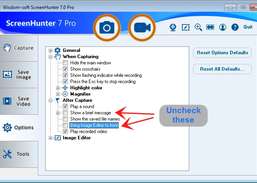 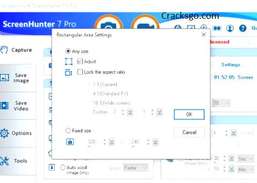 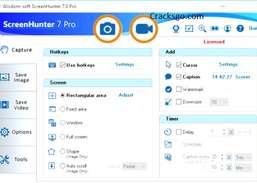 ScreenHunter Pro provides users with a program that quickly and easily replaces the traditional method of making a screenshot. While the program works well, users may want to try the free version instead.

Screenhunter has a fairly self-explanatory interface designed to help users toggle between options for capturing screenshots. For those who are still confused, the program offers a very in-depth Help file that walks through each function and your opportunities. While choosing between entire screen captures or focusing on a particular image and saving it was simple, we couldn't help but wonder why anyone would choose the paid version over ScreenHunter Free. Both perform the same tasks quickly and intuitively; they even look the same, though the Pro version does offer more-advanced options. However, those options for adjusting the highlight color or zooming in really don't enhance the overall function of the program or the results.