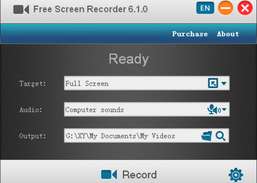 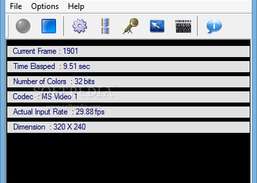 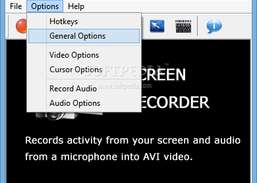 Free Screen Recorder is an easy to use screen recording software for windows. It captures screen video, audio and also microphone sound at the same time. It is useful when you need record your desktop, make video tutorials, create software demos or record game video. With a intuitive design, everyone can use it record screen, and save as video files to share with friends.

Record full screen, a window, or a specific area with super easy operation.

Record everything displayed on computer screen with system sound and microphone input.

Record any video and audio from your screen with high quality.

Capture video from your computer screen.