Manage the files in your system, File search, and search for strings inside files. 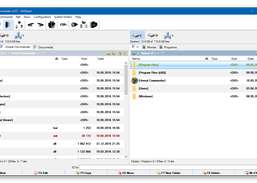 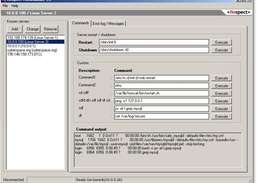 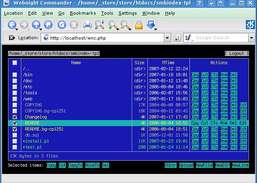 This program is a handy file manager that while functional, doesn't set itself apart from the dozens of clones in the market. Nico's Commander bills itself as similar to the older Norton Commander file manager, and its interface will be very familiar to those who have used this program. Despite its rather "old-school" look, there also are a few oddities in its design. Some of the main program window buttons aren't functional, as each opens a DOS window. Once running, Nico's Commander installs three icons in the program tray: one to shut down your PC with one click, one to access the control panel and one to access icons displayed on the desktop. During testing, however, the one-touch PC shutdown didn't seem to work. There are plenty of other interesting features, however. We like the added function to zip or unzip files, and the solitaire card game is an unusual, but clever, touch. You can view files in a Notepad window with a button click, but there were times when this function didn't work at all. Overall, the pros and cons of Nico's Commander seem to cancel each other out. A good file manager, but not the best one around.

Move, rename, or delete files locked by your system.

Rename a file or a file extension.

Relocate installed programs from one path to another on your hard disk.