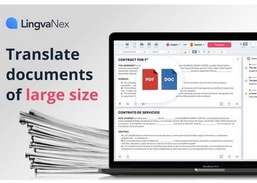 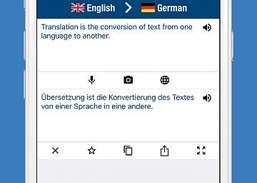 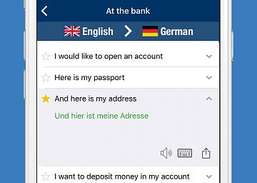 Lingvanex Translator is the most advanced translation application in 127 languages which can translate text, voice, audio, images, web pages and documents. The application supports the following languages: Arabic, English, Armenian, Azerbaijani, Byelorussian, Chinese (simplified), Croatian, Czech, Danish, French, Georgian, German, Romanian, Russian, Serbian, Spanish, Ukrainian and many others. The translation is available without Internet connection. It is possible to translate text on web pages, as well as files and documents.

Key features of the Lingvanex Translator application: Translation of text for large documents into 127 languages. Take photos from your camera and translate text into them. Speak and translate your voice or any audio file. Converts speech into text. One story for all the devices in your account. Save your favorite translations as bookmarks. A dictionary with many alternative translations and word meanings. Share your translated text with friends through other apps. Enjoy learning a foreign language with the Lingvanex Windows Translator Program.

English To Hindi and Hindi To English Converter Software