Power up remote PCs by sending them network packets. 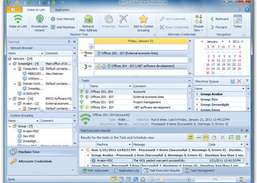 EMCO WakeOnLan Professional is an advanced utility allows you to power up remote PCs by sending them a magic (WOL) network packet. The application is designed to operate in enterprise networks, which may include domains, workgroups and multiple subnets, to power up one or multiple remote PCs within the scope of a single operation. The centralized WOL operation can be initiated with just one mouse click. You don't need to enter MAC addresses of remote PCs in order to wake them up remotely. The application retrieves MAC addresses automatically using four MAC detection mechanisms.

Anytime, anywhere secure access to your PC's files and applications.

See users' screens and take control of a remote computer by controlling mouse and keyboard.

Manage your workstations, servers, and devices from a single console.

Shut down one or more machines with this rebooting software.