Display the network packets path on your Windows PC. 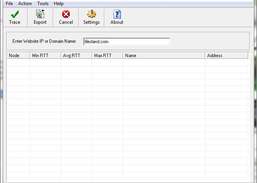 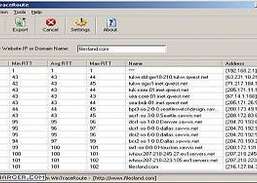 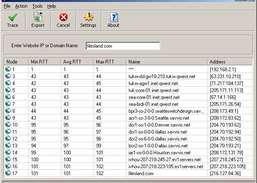 This is Windows based tracert or trace route software to display path that network packets take when travelling across the global IP networks. Excellent tool for network troubleshooting, this utility incorporates the functionality of well known tracert and trace route command line utilities and presents the trace information in a Windows based interface compared to existing command line tools - tracert, traceroute and pingpath. You may print the results of the trace or save them for later research. Various network trace parameters such as number of pings, hops, host timeout value and DNS address resolution are configurable in this software.

Point out network problems and troubleshoot from a detailed picture of network traffic.

Check your network programs and configure the network.

Connect devices, computers, and network segments into a network with virtual hub.

Get a set of network scanning, security, and administrator tools useful for diagnosing networks.