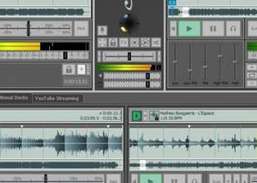 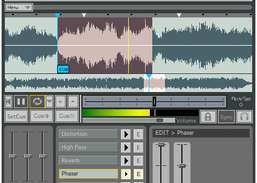 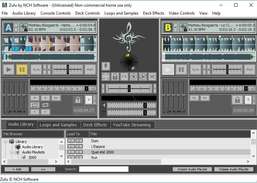 Zulu is professional DJ mixing software for Windows PCs. Mix and broadcast live music, audio and Mp3s. When loading a music track onto a deck it will automatically scan the file for a beat and assign a beat per minute (BPM), and will change the tempo in the second deck for perfect synchronization and a seamless crossover.Drag and drop music into and around Zulu's interface and preview an upcoming track through headphones via a secondary audio output. Apply effects on the fly.

Zulu professional DJ mixing software features include: Crossfade in between two tracks. Automatic beat detection. Automatic synchronization between the decks based on BPM. Supports a large number of audio formats including wav, mp3, vox, gsm, real audio, au, aif, flac, ogg and many more. Change the pitch in real time of each track, slow it down or speed it up to manually sync it with the other tracks. Add a cue pointer marker at any point in a track to instantly start playing the track from that point. Loop sections within a track and syncronize that loop to the BPM. Real time Equalisation on each Deck (track) including "kill" buttons for instant EQ. Apply effects in real-time to a track. Effects include Distortion, High Pass Filter, Reverb, Phaser, Flanger and Delay. Separate output for headphones. Simple and intuitive user interface for day-to-day operation.

Combine and record audio files to create your own tunes.

Reduce or remove vocals from any MP3 songs.

Beats Yo for Windows 10

Beats Yo. is the number one advanced drum machine and production centre for Windows Phone; geared towards both fun and creativity it's the...