Remove any unwanted objects from your photos. 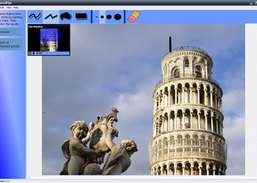 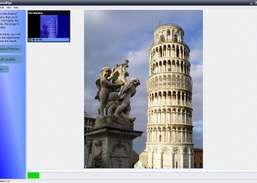 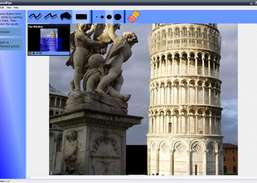 Once upon a time, only tabloid newspapers and Soviet dictators had the power to make unwanted objects and people vanish from photographs. Thanks to digital photography and free tools like PhotoWipe from Hanov Solutions, though, anyone can send un-persons down the memory hole. You can also use it to remove signs and logos to meet copyright restrictions, reveal hidden details in your pictures, and make creative images, not just banish old flames and new enemies from your snapshots.

As is fitting for a simple-to-use, highly focused tool, PhotoWipe's interface is sparse; just a basic suite of file menus and an Open button for selecting files. We chose a random image from our Funny folder, a famous face. Images open in PhotoWipe's interface with a basic palette of drawing tools and draggable objects in several shapes and sizes. Using the program is simple: paint over with black anything you want removed from the image and then click Go. PhotoWipe's image algorithms reconstruct the image based on surrounding image data, with varying degrees of success. It works pretty well with landscapes, group images, and complex images with many elements; notorious noses, not so much. However, even the imperfect fill-in was effective enough to serve the purpose; namely, making a funny picture. The palette includes several prefigured shapes like circles and rectangles that you can drag and drop on the images. We especially like the rectangular bar, which you can drag to fit over the eyes of the innocent and anonymous. The Preview button and eraser icon proved effective in use, and the program played nicely with a Wacom tablet, too.

Create your own Pixel Art by converting the pixels of any image or picture to Minecraft blocks.

Draw and create graphic images and sketches with DrawPad by NCH Software.

Translate text on images into ASCII.