Build an empire and conquer the world. 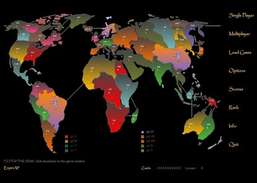 Build an empire in this Risk-like game. Conquer the World, or one of 12 other maps, with up to nine computer opponents, or play against a friend (LAN/Internet and Hotseat). You also can create maps and campaigns of your own and share them with others. The game's options include seven computer personalities to choose from, submit high scores, strongholds, troop experience, statistics, and the option to play with or without dice.

Play against the computer or your friends with this free fighting game.

Challenge yourself with the computer opponents or play with your friends.

Sharpen your skills at Bridge with this fun and easy-to-use game for Windows.

This is a ''PJ Masks'' themed version of the clever classic dominoes game.