NFL Mobile for Windows 10 About

The NFL App is the best, pure football app for any fan. 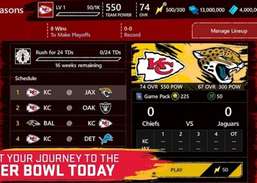 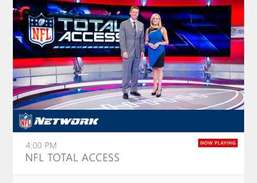 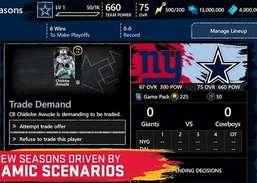 The NFL App is the best, pure football app for any fan. From live game streams (Verizon smartphone customers only), to trending videos on NFL Now to replays of every game with NFL Game Pass (subscription), the NFL App is packed with more video than ever. Whether it's game day or non-game day, from preseason through the playoffs, the NFL App keeps fans on top of the game with breaking NFL news, highlights, stats & more wherever they are, whenever they want it. NFL Mobile Features: GAMES: Follow along with up-to-the-minute scoring, in-game highlights, big play markers and a redesigned drive chart. NEW for 2015, fans can access NFL Game Pass (Subscription content). STORIES: Read articles and watch videos highlighting the latest stories and breaking news from around the NFL and from all 32 teams. NFL NOW: NFL Now is a daily destination all things trending in the NFL. STATS: Track league and team leaders in all major stats categories. MORE: watch video on demand, see the NFL Network schedule, browse the NFL Shop store, and more Only on Verizon: All Verizon customers get access to exclusive live content on their phone. including: Every game of the 2015 NFL Playoffs. 2016 Pro Bowl. Super Bowl 50. NFL Network 24/7/365 All fans can access NFL Game Pass subscription content within NFL Mobile. NFL Game Pass is a subscription product with features that vary based on location. Learn more at www.NFL.com/Gamepass. Learn more about the NFL's digital offerings: nfl.com/mobile, twitter.com/nfl, and facebook.com/nfl NFL Mobile allows use of AirPlay and Chromecast when viewing all video-on-demand and select live content, including all content within the NFL Game Pass offering. However, NFL Mobile does not permit outputs from phones of live games, NFL RedZone or NFL Network to external displays via HDMI, Chromecast, AirPlay, Miracast or other similar streaming functionality due to rights restrictions. Data usage applies for app download and use. Certain restrictions apply.

The ESPN App for Windows 10

The ESPN app for Windows 8, offered on desktop and tablet, provides sports fans with all the things they love about ESPN in a single place.