Real Helicopter Adventures for Windows 10 About 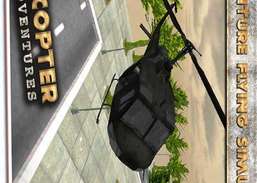 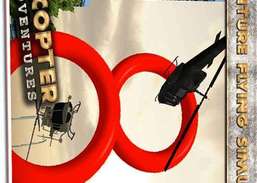 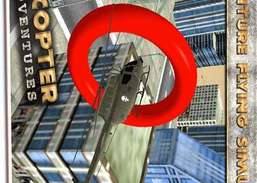 This Real Helicopter Adventure flight game is a challenging 3D helicopter-flying simulation game. You need to fly the real helicopter and enjoy the adventures through the city in this awesome 3D game and accomplish the missions set out for you. So be prepared to be amazed in this real helicopter simulation with stunts and adventures. Download and play this game is by using the controls to fly around, going up and down refer to as collective pitch, go forward, backward, fly right and left in cyclic pitch movement. Fly some of the most famous helicopters above the high-rise skyscrapers, buildings, roads and countryside. To become a professional helicopter stunt and adventure pilot, tactics, flying skills and the right amount of ruthlessness in adventures are critical to complete the long and engaging stunts and heli adventures. You are in command of the helicopter and in real time you will have to govern with care this awesome flying machine, take the right countermeasures and complete all your adventures and stunts in this real helicopter adventure 3d game. As a rookie helicopter stunt and adventure pilot before serving and protecting the city you need to learn how to fly around. So as an elite pilot of apache gunship and cobra helicopter and real stunt lover of helicopters, if you want to be part of the real helicopter adventure teams in this city, jump into your chopper and take off to the skies. Have fun with this action packed 3D helicopter adventure simulator. Follow the hint arrow above the chopper to fly to the next mark. You will learn flying a helicopter is very difficult; you will need some special skills in controlling these choppers. Without helicopter simulation and flying skills, clearing these adventures and stunts objective will not be that easy. Real Helicopter is a realistic special 3D flight simulator because this game is all about aerial stunts and adventures performed in a helicopter chopper. As a real helicopter pilot you will perform extreme stunts while maneuvering your flying machine and hovering it in the clear skies. This game of Helicopter Simulator 3D is not an ordinary sim game like many other army helicopter simulators, choppers like cobra helicopters or any other stealth fighter or commercial jet plane or drone like features with combat thrilling action or parking helicopters on buildings or on military or cavalry bases with gunships. If you have an addiction to simulation games, Helicopter adventure simulator 3D is a great choice. REAL HELICOPTER ADVENTURE SIMULATOR 3D FEATURES - Realistic 3D Graphics. Realistic Helicopter Controls. Multiple Flying Machines. City Base Environment - Addictive Missions & Adventures. Immersive scenarios with buildings - Perform defying stunts, testing your flying skills If you're looking for a fun and in depth free online games, then this Real Helicopter Adventure 3D flight simulator game is an extreme choice. Test your skills as a real helicopter pilot in this simulator 3d flight simulation games. Want to learn how to fly a helicopter without any fear, then this flight simulator gives you the real adventures and stunts and combat training which you were looking for. Flying this real helicopter adventure game feels very smooth and the challenging levels will keep you busy for hours and hours.

Jungle Escape Game- That a great Opportunity to Visit Jungle free on your Cell.

Tired and bored of racing and parking around monster transportation trucks? Take the responsibility of being a heavy deliverable materials transporter by showcasing your extreme driving skills and precision.

One of the most addictive and entertaining physics based driving game ever made.

IGI Commando Jungle Strike is a combination of all the commando and mission based games, you are going to act like an expert cannon, a sniper and a commando at the same time.

Not just another simulation game; this time double the fun and more action.

Are you a fan of Tourist Bus driving games?