Get ready for Destruction with your favorite cars. 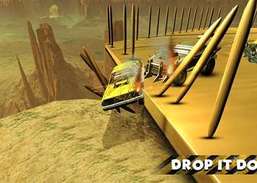 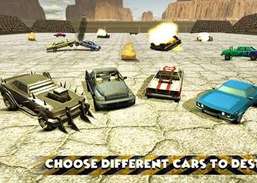 Get ready for Destruction with your favorite cars!One of the most addictive and entertaining physics based derby games ever made!Battle against other cars to crash them and set them on fire with demolition derby Car crash game.Let's see if you can survive the most deadly smash field!Destroy your opponents in demolition derbies that will offer you the thrill of a lifetime.Your Demolition Derby drivers career starts with smashing cars and throw them from roof.Challenge your car driving skills in the most dangerous whirlpool demolition derby game ever to be on the rampage.Realistic, detailed model of car collision and body deformations based upon actual physics!Sit behind the wheel of real Demolition Derby car and get ready for some demolition derby racing action!

Play as either a cop or racer with specific high stakes challenges, rewards, and consequences.

Build your luxury sports car like a mechanic and race it in style like a speed racer.