Take command of a fleet of powerful starships in this adventure-driven strategy game. 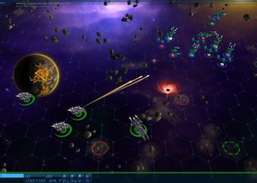 Take command of a fleet of powerful starships in this adventure-driven strategy game from legendary designer Sid Meier. Travel to new worlds, completing missions to help save and protect the planets and their people from dangerous Space Pirates, to powerful Marauders and other hostile factions. Build a planetary federation as you strengthen your fleet and secure your homeworld as you attempt to preserve intergalactic peace and your vision of humanity.
Download

Pumpkin Smash 2 is the sequel to last year's "smash" hit.

Slay monsters and give people hope for life under the sun.

Lead your army into battle to crush the enemy.

Death In The Desert

Kill zombies and help the locals clear this place.