Tambola: The Indian Bingo for Windows 10 About

Tambola, also known as Tombola, Indian Bingo or Housie is a popular game that is believed to be originated in Italy in early 1500s. 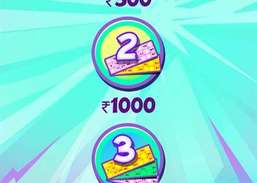 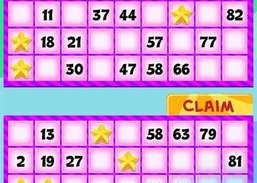 Tambola, also known as Tombola, Indian Bingo or Housie is a popular game that is believed to be originated in Italy in early 1500s. The game is fun to play and easy to learn. All of us have played Tambola at social gatherings, office get-togethers, kitty parties and society events. Tambola can be played in many different ways depending on the competency level. American version of Tambola is called 'Bingo' and it is slightly different from Tambola. Each player must buy at least one ticket to enter a game. Tambola is played with Numbers (1-90) being called out one at a time and players striking out those Numbers on their Tickets. It contains 27 spaces, arranged in nine columns by three rows. Each row contains five numbers and four blank spaces. Each column contains up to three numbers, with some variation depending on Bingo or Tambola companies and/or where the game is played. The first column contains numbers from 1 to 9 (or 10), the second column numbers from 10 (or 11) to 20, the third, 20 (or 21) to 30 and so on up until the last column, which contains numbers from 81 to 90. The game begins with a ball draw. As the game progresses, the board is marked with each ball that is drawn. The objective of the game is to mark/ dab all the numbers found in the ticket as called by the dealer. The player who first mark all the numbers in a winning pattern and calls a win is declared as the WINNER of that pattern after the dealer checks his ticket and verify it with numbers drawn. If your claimed winning pattern is wrong, it will be called BOGUS and you cannot continue the game with the same ticket. The game ends when all 90 numbers are drawn, or when a winner is declared for all the patterns of the game, whichever comes first. In order to win in Tambola or Bingo, you need to match winning combinations. Some of the popular winning combinations in a Tambola game are: Early Five: The ticket with first five number dabbed Top Line: The ticket with all the numbers of the top row dabbed fastest. Middle Line: The ticket with all the numbers of the middle row dabbed fastest. Bottom Line: The ticket with the numbers of the bottom row dabbed fasted. Four Corners: The ticket with all four corners marked first i.e. 1st and last numbers of top and bottom rows. Full House: The ticket with all the 15 numbers marked first.

Generate the recommended pool of lottery balls to play based on the latest trends and patterns.

Challenge your genius friends to see who is faster and smarter.

Slide the mixed numbers to put them in order.

Be advised about what numbers are gaining momentum in lotto game.

Look for different types of lottery.