Lead the snowball-riding penguin through obstacles to a frozen homeland. 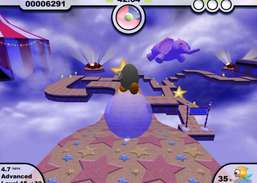 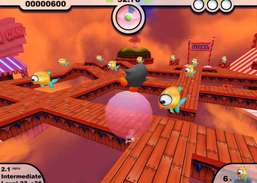 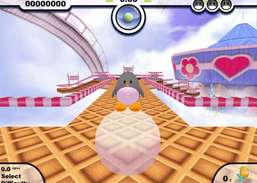 You guide a penguin on top of a rolling snowball to the finish line of a suspended maze within an allotted time. All the while, you'll be collecting fish, avoiding obstacles, and trying not to fall off the course. Arrow keys or a controller's directional pad make the penguin roll the snowball forward, left, and right. Pressing down applies the brakes, but does not move the snowball in reverse, an important fact that may leave a few new players spinning in circles.

The unregistered shareware version contains 20 beginner levels that will be fine for older tykes, but very challenging for wee ones. The scoring is skewed toward finish times, so fish-collecting falls by the wayside. However, the game installs easily, and the fun starts instantly, making Snowball Run definitely worth a try.

Jump and run through the levels and dodge all enemies.

A Impossible Game for Windows 10

Ready to give your thumbs some exercise?

Arrange pipes pieces correctly to clean trees out of toxins.

Slingshot birds across destructive environments and take revenge on the pigs.