Learn how to create makeup, costumes, props, and special effects. 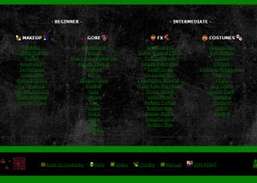 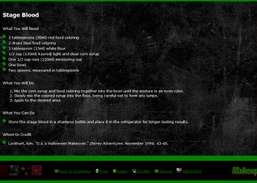 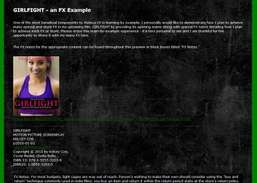 Whether you're dressing up for Halloween, putting on a play, or doing something else that involves creepy appearances, there are plenty of ways to achieve gruesome effects with common household items. Makeup FX is an e-book that details some techniques for simulating injuries and all kinds of other yucky stuff. It's definitely not a comprehensive guide, but it's not bad if you need some basic tips.

Makeup FX is really just a set of HTML files that can be viewed with any browser; it's like a Web site that's hosted on your own computer instead of on the Internet. A table of contents splits the techniques into beginner and intermediate levels, and there are sections for makeup, gore, effects, and costumes. Some of the more useful tips include recipes for fake blood and latex skin, and there are instructions for creating a variety of other nasty things such as fake burns, pus, phlegm, and rotting skin. We do wish that some of the instructions were more clearly written; for example, the instructions for the slitting-wrists effect (ick!) state, "Make or buy a prop knife. Use tubing and food coloring bottle, attach to end of tubing with blood. There should be skin on the skin, and knife should slit through it." After reading that, we're still not sure exactly how we would proceed if we wanted to create this effect. Still, although most of what's contained within Makeup FX could probably be found elsewhere on the Internet, it's not a bad collection of ideas. It might be worth checking out if you're into spooky special effects.

The Da Vinci Code for Windows 10

As millions of readers around the globe have already discovered, The Da Vinci Code is a reading experience unlike any other.

Simulate and experiment with some of the more commonly-used protein separation techniques.

Analyze the nutritional value of your recipes, meals, snacks, and other daily food intake.