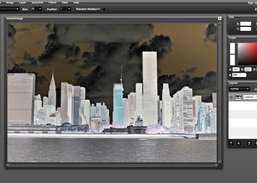 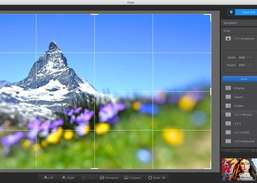 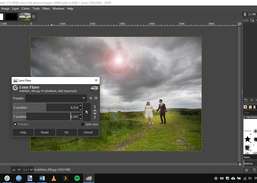 For novices, editing images can be a daunting task. That's why it's important to have a program that makes the whole process as friendly and effortless as possible. Unfortunately, Free Image Editor is not that kind of program.

The program's user interface is both unattractive and unintuitive. Three rows of tiny command buttons run across the top of the window. We had to hover our mouse over each one to find out what it's supposed to do. The only Help feature we could find was a link to the publisher's Web site, and even then, we were unable to spot any kind of FAQs or support page. We opened an image file to test the program, and cropped, rotated, and flipped the image successfully. Free Image Editor's preview option lets you see your changes before you make them permanent, a must for any image editor. A few of the commands puzzled us. For the example, there was a button that was supposed to "Enhance an image." When we clicked on it, we expected a window to appear that would allow us to manipulate the image in some way. Nothing appeared, and after a few seconds the program stopped working altogether and had to be restarted, which was not encouraging.

Capture and edit your images on PC.