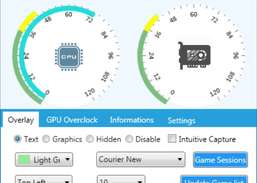 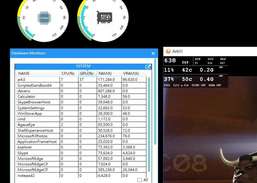 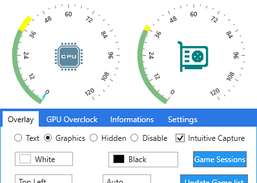 A free hardware monitor for Windows, you can see your CPU/GPU/MB/HDD/RAM state in desktop or overclock your GPU, AgaueEye also support in-game overlay for popular games, so you can monitor the hardware state in games(over 3000 games supported now), then inspect the performance. Supports popular graphics engines (DirectX 8,9,10,11,12 and OpenGL).

What's AgaueEye? AgaueEye is a hardware monitor with in-game overlay tools for Windows, with AgaueEye, you can monitor your hardware, like CPU/GPU/MB/HDD/RAM states, and display overlay when you playing games, AgaueEye also record the states for post analysis.

AgaueEye provides full funcional hardware montior, include CPU/GPU/MB/DRAM and more, in desktop, you can quick inspect CPU/GPU state. when you playing game, AgaueEye in-game overlay will display hardware information, and all hardware state will be record, you can analysis later.

Display a flag or symbol by your mouse cursor while detecting various languages from any app.