Put back the Start Menu for Windows 8 or Windows Server 2012. 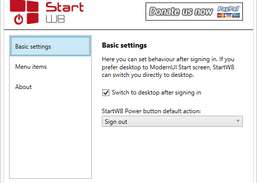 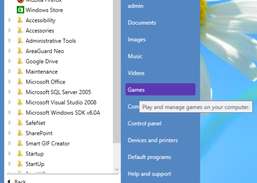 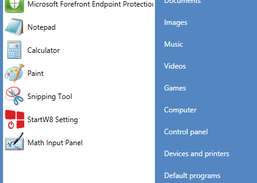 StartW8 is a FREE but powerful tool for Windows 8, 8.1 and Windows Server 2012 users. Do you prefer desktop to modernUI? Would you like to logon directly to desktop? And than use Start menu for runnig your apps? Then it's right for you. Start menu had been an essential feature of Microsoft Windows for almost two decades, used by countless users all over the world. But Windows 8 and Windows Server 2012 are shipped without it. Just like you, we refused to accept this situation, which is why we decided to make Start menu of our own. We put it back to Windows and we even added a few new features. We called it StartW8 and now you can use it too. It's free, quick, easy.

Get dock with live icon reflections and speed up access to your frequently used applications.

Add a gadget which shows your CPU's statistics on desktop.

Switch between different cursors on your desktop.

Expand and arrange your windows and icons across up to six desktops.