Keep your bookmarks safely, browse the Web, and enhance the Internet experience on PC. 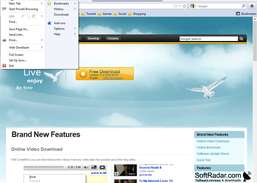 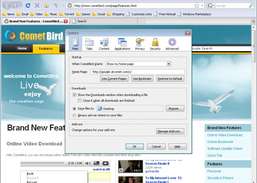 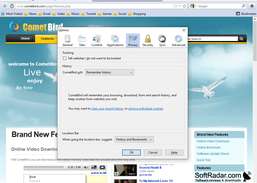 Firefox is an open-source browser, and there are plenty of other browsers that are based on Firefox code with minor differences. CometBird is one such browser. Although for the most part it replicates Firefox pretty faithfully, it has a few unique features that set it apart.

We installed CometBird and then launched Firefox beside it; the two are almost--but not quite--indistinguishable. The typical menus are located in the typical places, although CometBird adds a "Softwares" menu that doesn't seem to do anything. CometBird doesn't seem capable of creating tab groups the way Firefox does, but it does show thumbnails of all your open tabs. The browser can import bookmarks from other browsers and also supports the use of Firefox Sync, enabling you to sync your browser information--passwords, history, and more--across multiple machines. In our experience CometBird didn't seem markedly faster than Firefox, but it did load pages quickly and was quite responsive to our commands. CometBird wouldn't be particularly interesting if not for two special features. One is a built-in media downloader you can use to download audio, video, and Flash files. Simply right-click on the page and select the file you want to download, and CometBird does the rest. We were quite impressed with this feature; it let us snag an MP3 that was embedded in a Web page that we hadn't previously been able to save. CometBird also comes with a built-in translator that is extremely handy if you're reading something in a language that you're not perfectly fluent in. Just hover your cursor over the word in question and CometBird automatically displays a translation. User forums and a modest amount of support are available on the CometBird Web site. Overall, CometBird is a useful alternative to Firefox, and we definitely think it's worth checking out.

Surf the Web with the latest browser from Microsoft.

Strike a perfect balance between general use, performance, and technical advancements with mainstream Web browsing.