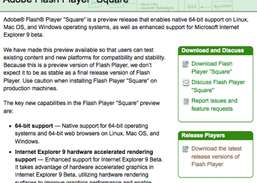 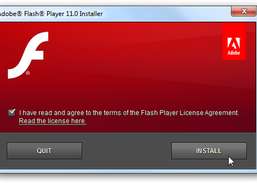 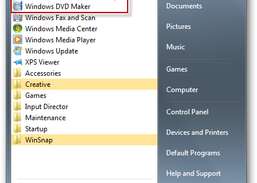 Adobe Flash Player "Square" is a preview release that enables native 64-bit support on Linux, Mac OS, and Windows operating systems, as well as enhanced support for Microsoft Internet Explorer 9 beta. We have made this preview available so that users can test existing content and new platforms for compatibility and stability. Because this is a preview version of Flash Player, we don't expect it to be as stable as a final release version of Flash Player. Use caution when installing Flash Player "Square" on production machines.